Homes Through the Ages: The Georgian Home

The Georgian Home Georgian architecture is prevalent, and it’s easy to see why. Georgian homes are truly stunning, and they boast lots of distinctive features that make them attractive. The Georgian period lasted from 1714 to 1830. If you’ve ever watched a film or TV adaptation of a Jane Austen novel, this is what Georgian…

Georgian architecture is prevalent, and it’s easy to see why. Georgian homes are truly stunning, and they boast lots of distinctive features that make them attractive.

The Georgian period lasted from 1714 to 1830. If you’ve ever watched a film or TV adaptation of a Jane Austen novel, this is what Georgian country homes looked like. John Nash, who designed Buckingham Palace, was one of the most famous architects of the time.

But what is it about the Georgian home that makes it so distinctive? Here are some of the main features that make Georgian houses stand out. 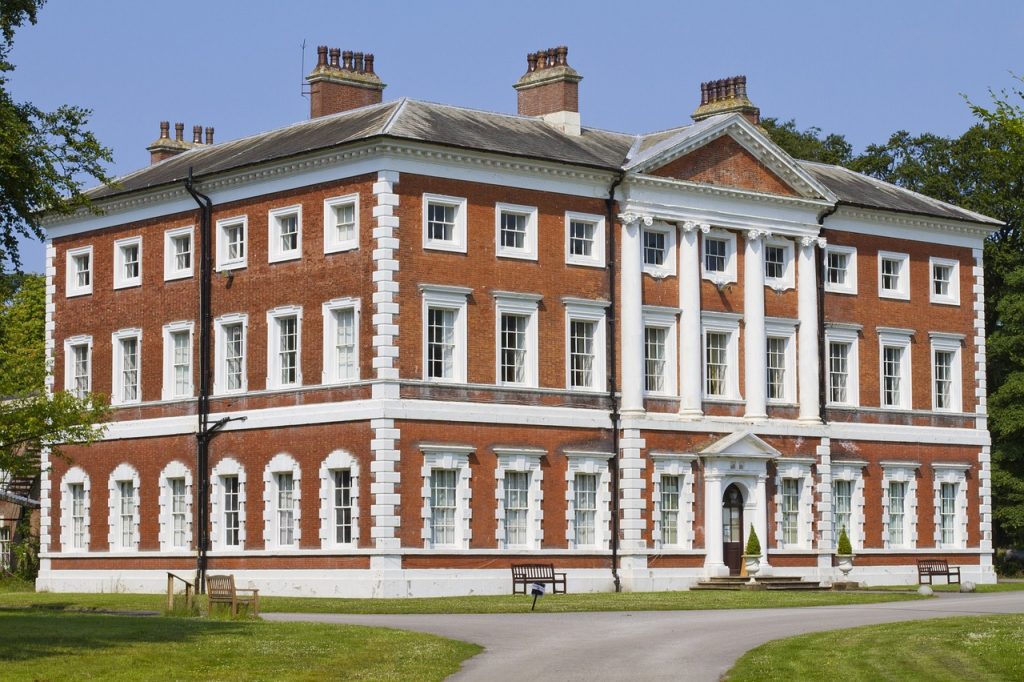 The classic Georgian townhouse has typically three or four storeys. The exterior is symmetrical and stucco-fronted, so it is rendered in plaster to cover the material used for construction. Buildings are usually two rooms deep, and they are balanced on the inside and outside.

Georgian homes are mainly made from brick or stone, and they were usually made from local materials because the railways had not yet come along. Due to the lack of said railways, transporting materials was harder. But brick buildings were often faced in stone to make them look more prestigious.

The roof on a Georgian building is typically tiled and hipped, so the sides slope up from all sides, and embellished cornices are common. It is often hidden behind a parapet, and chimneys are usually on both sides.

Georgian buildings have a focus on balance and proportion. There is a lot of emphasis on harmony and symmetry, and they are also very spacious and filled with light.

The family usually occupied the first and second storeys. The rooms on the lower floors were therefore larger. The largest rooms tend to face the street, and at the back of the first floor, there is usually a cosy family parlour.

Staff lived on the top storeys, and the upper rooms at the top of Georgian homes are usually smaller.

The main focus of most rooms was the fireplace. Rooms were also built with high ceilings, and the woodwork was lightly painted to preserve the softwoods used.

Detached houses often have a panelled front door consisting of six panels, which is positioned in the centre of the building. This opens from the front door and goes straight onto the road. There is no porch, and doors have fanlights or rectangular windows above to allow light to enter the hallway.

Windows are almost always sash windows in Georgian homes, which slide up and down using weights and pulleys. They originally had internal shutters too.

Windows tend to be larger and taller on the lower floors with nine or 12 panels. Higher up, the windows become shorter, and at the top of the buildings, they are small and mainly square.

A house with lots of windows was probably home to a wealthier family. This was because the army was funded by a window tax, which was in place until 1851. However, some homeowners bricked up their windows to pay less tax, and these are still visible on many Georgian homes.

A Popular Style to This Day

Georgian houses remain very popular to this day in the UK. Their focus on space, comfort and style, their excellent proportions, and their light interiors as a result of their large windows mean they are elegant properties that make excellent family homes.

And if you’d like to get sash windows for your Georgian home, or any other type of property, contact us today.